A symbol of adornment for power and protection

This narrow silver wheel bead is based on a stone Moche mace head, the mace being the preferred weapon in Moche culture, an instrument of battle and yet fashioned in such beauty. The handles were made of wood, and the heads of stone. The clubs were often formed or decorated with iconography related to nature, the cosmos and objects used in daily life.

This serrated round bead is similar in decoration to the large ear studs the Moche wore as part of their ceremonial ware, a symbolic adornment of beauty and power and yet formed like an instrument of battle and protection. 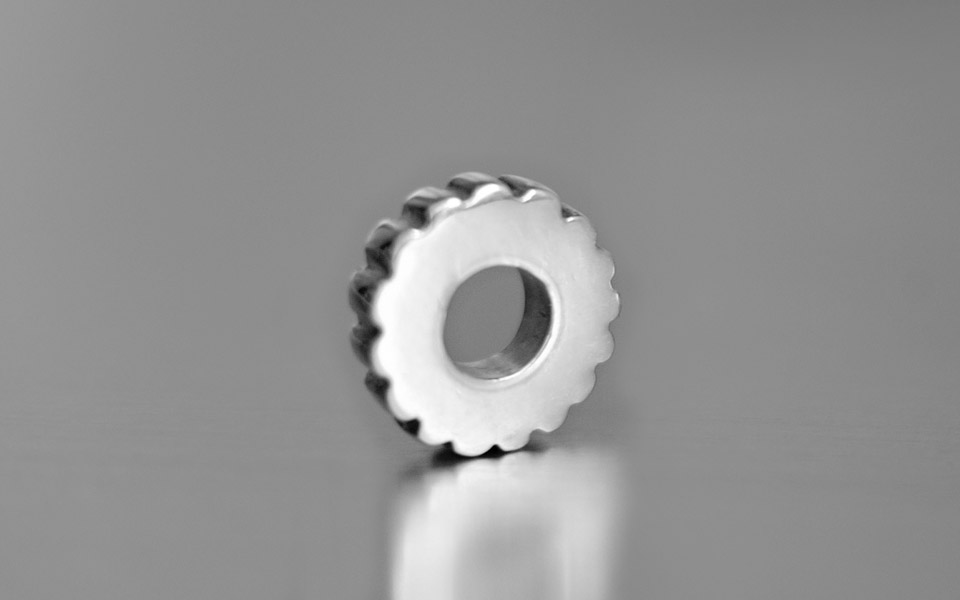 The decorative bead is designed to thread onto a silver chain, leather necklet or bracelet. It can also be used as a spacer between the narradores beads allowing you to build your own collection of narradores adornments.