This adorable silver figure depicts a Moche mother with an enchanting smile and the scalloped headdress typical of the attire of Moche woman and priestesses. Study of the murals and ceramic art shows that women played a prominent role in Moche culture, both in religion and ceremony.

Most recent discoveries of Moche archaeology show that woman indeed were not just the daughter, mother, or wife of the noble warriors but also had high status, and indeed had many roles in Moche society. It was female Si, the Moon Goddess, who was considered to be the supreme deity in Moche culture, visible both night and day, more powerful than the sun, controlling the seasons and the storms, looking over her people, their harvests, their battles and their daily life, symbolising the multiple life tasks of a mother and the steadfast constant love for all in her watch. 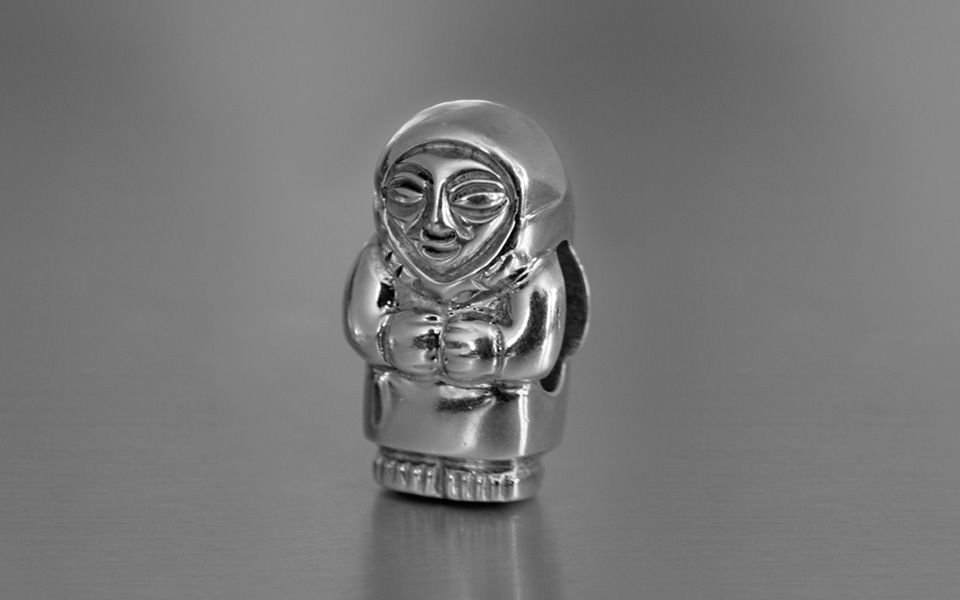