A symbol of protection, valour and individual strength

This tiny silver sculpture is based on the Moche warrior with his helmet, protective back flap, and mace. The Moche warrior was very frequently depicted in Moche art and was regarded as one of the most important and noble figures in Moche society.

The combat illustrated in artistic narratives appears to be ceremonial rather than militaristic, about the expression of individual valour, in which the warriors engaged in one-on-one combat usually fighting in inter-valley rivalries in disputes over agricultural land. 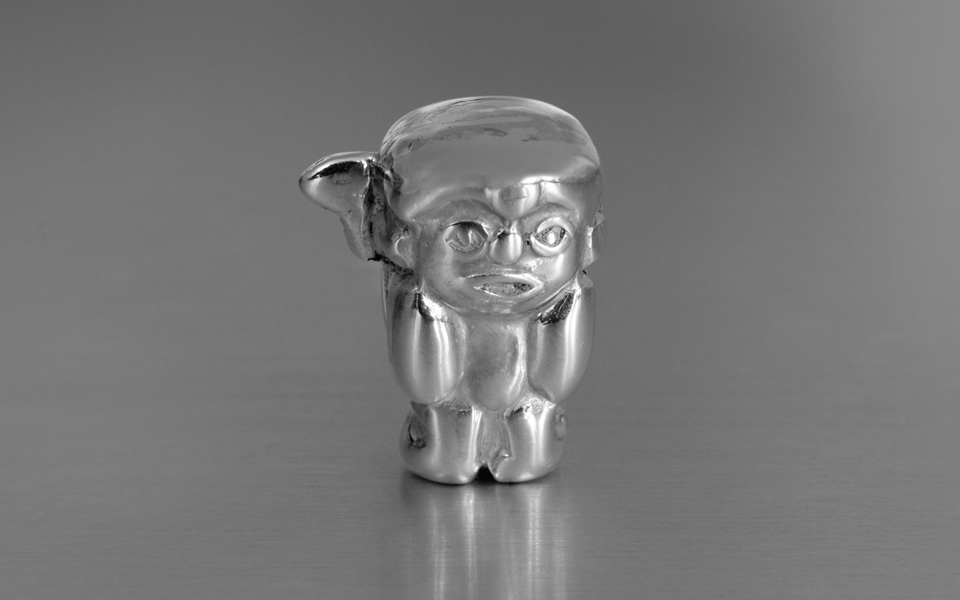 The decorative bead is designed to slot onto our handmade black leather straps with sterling solid silver buckle or our brown soft suede straps with nickel free zamac buckle.