Home / CHOOSE YOUR BEAD / Heart At One
Return to Previous Page

A symbol of intuition, higher consciousness, expanded capacity for self-healing and balance

SHOP HEART AT ONE

This classical silver ‘Heart at One’ silver bead is based on a stone Moche mace head, the mace being the preferred weapon in Moche culture, an instrument of battle and yet fashioned in such beauty. The handles were made of wood, and the heads of stone. The clubs were often formed or decorated with iconography related to nature, the cosmos and the gods, which they worshipped.

The heart shaped decoration takes the outline of the beautiful facial disc of the owl, one of the most important Moche Gods, and thought by some scholars to have a similar meaning to the third eye in many other ancient religions, symbolising intuition, higher consciousness, and expanded capacity for self-healing and spiritual insight. Moche religion also centred on ideas of dualistic opposition: gold/silver, day/night, land/sea. The symmetry of the owls face may also symbolise a union of both sides of duality, balance, two sides ‘at one’ as in the shape of a heart. 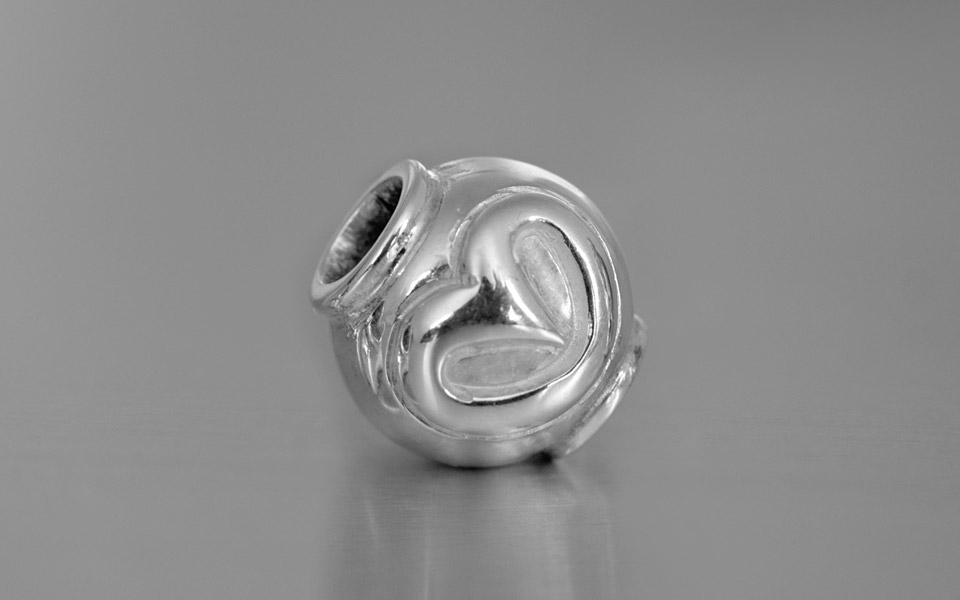 The decorative bead is designed to thread onto a silver chain, leather necklet or bracelet.